The last time we were in Paris (2008 Paris Untour), the multitude of stairs in the Metro eventually resulted in a stress fracture in Eleanor's good leg. So I had to figure out the Paris bus system prior to our 2010 Paris Untour. The bus map is a bit confusing to me. So I went online to the following site (see map 1). We were close to the Bastille. So I concentrated on all bus routes that passed through or near the Bastille. You can enlarge the map with a slider bar in the online version. I found out that if you click on the bus number on the map routes, that bus route will be highlighted while the rest of the map is dimmed. 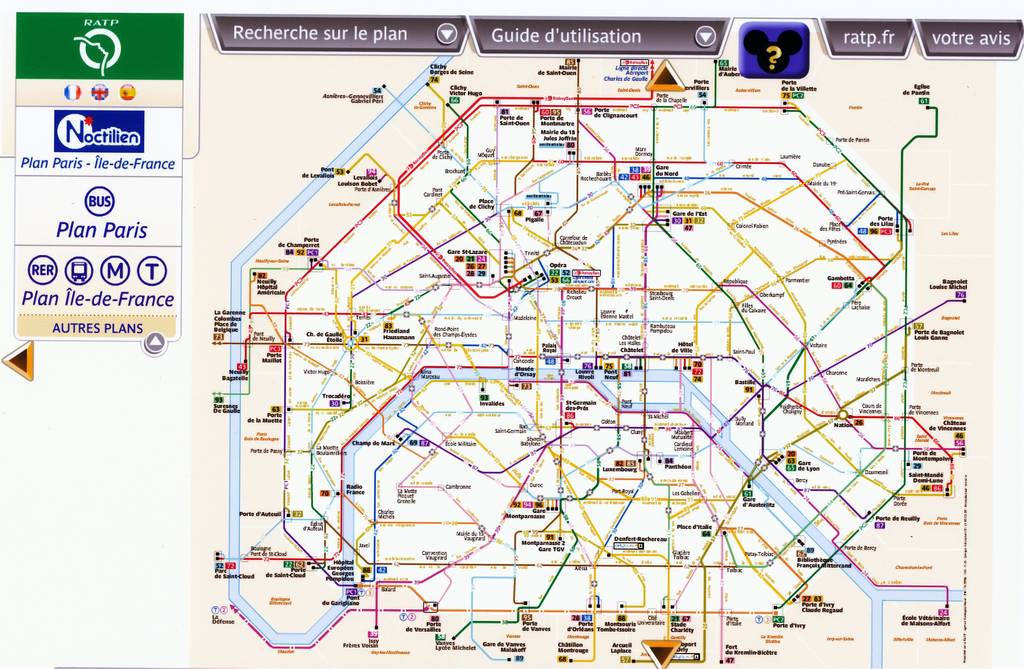 Map # 2. This is how the Bus # 87 bus route looks when you click to highlight it. I printed every bus route I thought we could use in this manner prior to our trip. Once we were in Paris, it was simple enough to flip though the printed maps to find the bus or buses that took us from Bastille to where ever we wanted to go. Another useful thing that happens when clicking on the bus number is a little display showing the bus number followed by some symbols (see below). If you click on the symbol of red dots connected by red lines, you will get the entire bus route with every single bus stop identified. The one with the clock symbol will show the time intervals between buses as well as when the bus may not be running (ie: Bus # 69 does not run on Sunday). 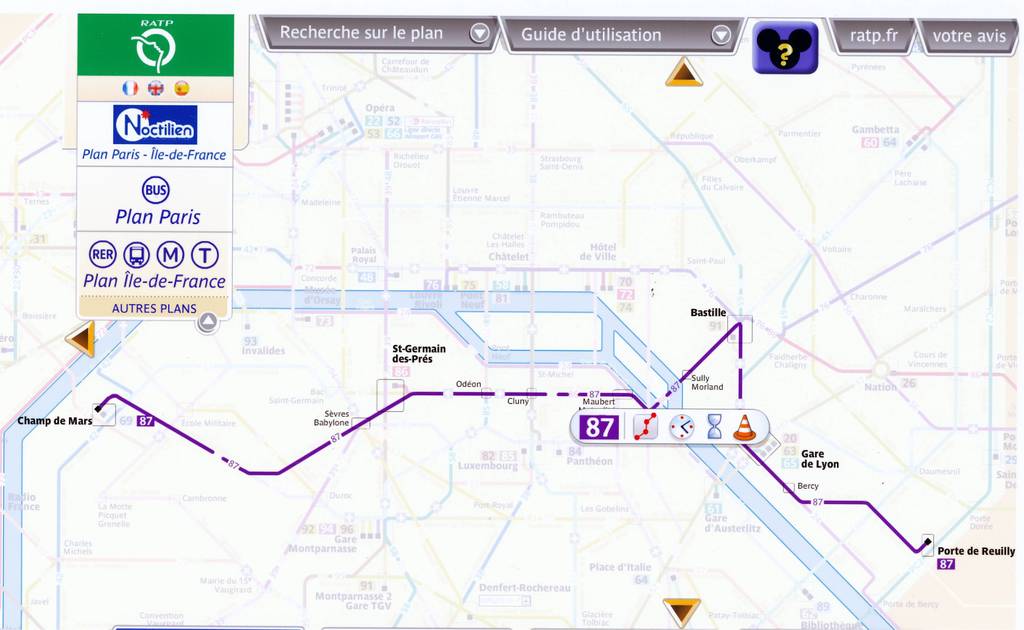 Map # 3 Shows the bus route and all stops for bus # 87. This map is also on display at each appropriate bus stop as well as inside each bus. To find out the direction the bus is going, you look at the last stop at each end of the route. So if I'm catching the # 87 bus at Bastille, and I want to go to Tour Eiffel my bus stop should show the bus number (87) with "Champ de Mars" shown underneath it. Furthermore, I believe that all the bus stops have an LCD display which shows how many minutes until the next bus arrives. My other concern was how to find the bus stop for the bus we wanted to take. That I will cover in Part 2 of "The Paris Bus System." 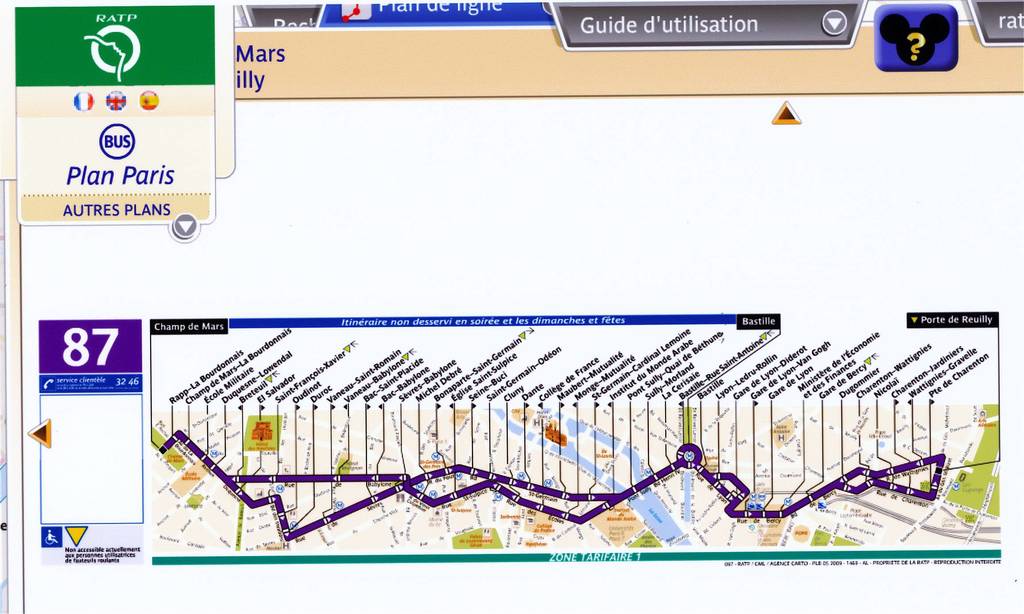