On July 8, 1995 we had planned to tour Badlands National Park. We were out of the motel and on the road by 6:24am. Our first stop was White Lake, South Dakota. Breakfast wasn't the only reason we were headed there. We had to reconnect with the past.

The last time we were in White Lake was on July 15, 1970. Back then our main reason for stopping was to buy a bug screen for our car radiator. Eleanor's journal devoted just a few words to remember that town: "Stopped at White Lake. Purchased a bug screen @ $1.10, gas and a roll of 6 cent stamps. Prepared juice." We stopped in a small cafe at the end of the main street. "Lemonade & Pepsi @ 31 cents" is what Eleanor wrote down. It was obviously a farming town. We didn't say much to anyone. We got what we had to get, and then drove off.

On July 8, 1995, we pulled off of I-90 at the White Lake exit, and looked for that cafe. Back in 1970, I believe it was called the Silver Dollar Cafe. It was now called the Outpost Cafe. A big sign in the window read "WE HAVE ICE CREAM!" We ordered breakfast. Eleanor ordered the "eye opener" - 2 slices French toast, 2 eggs and ham $2.95. I had #4 on the menu - 2 eggs, hash browns, bacon and toast Besides orange juice ($.78 & $.60), we also ordered coffee. Our coffee ($1.00) was served black without any milk or cream on the side. Apparently everyone there drinks their coffee black. We decided to drink it like the locals. Besides us, there were about six men seated in the cafe, all local farmers. Eleanor said "Good morning!" They returned the greeting. We got to talking. I told them that we had stopped in that Cafe on our honeymoon 25 years earlier. One of the men pointed to an elderly guy in the room and said "He was here 25 years ago." I said "I thought he looked familiar!" We all laughed. 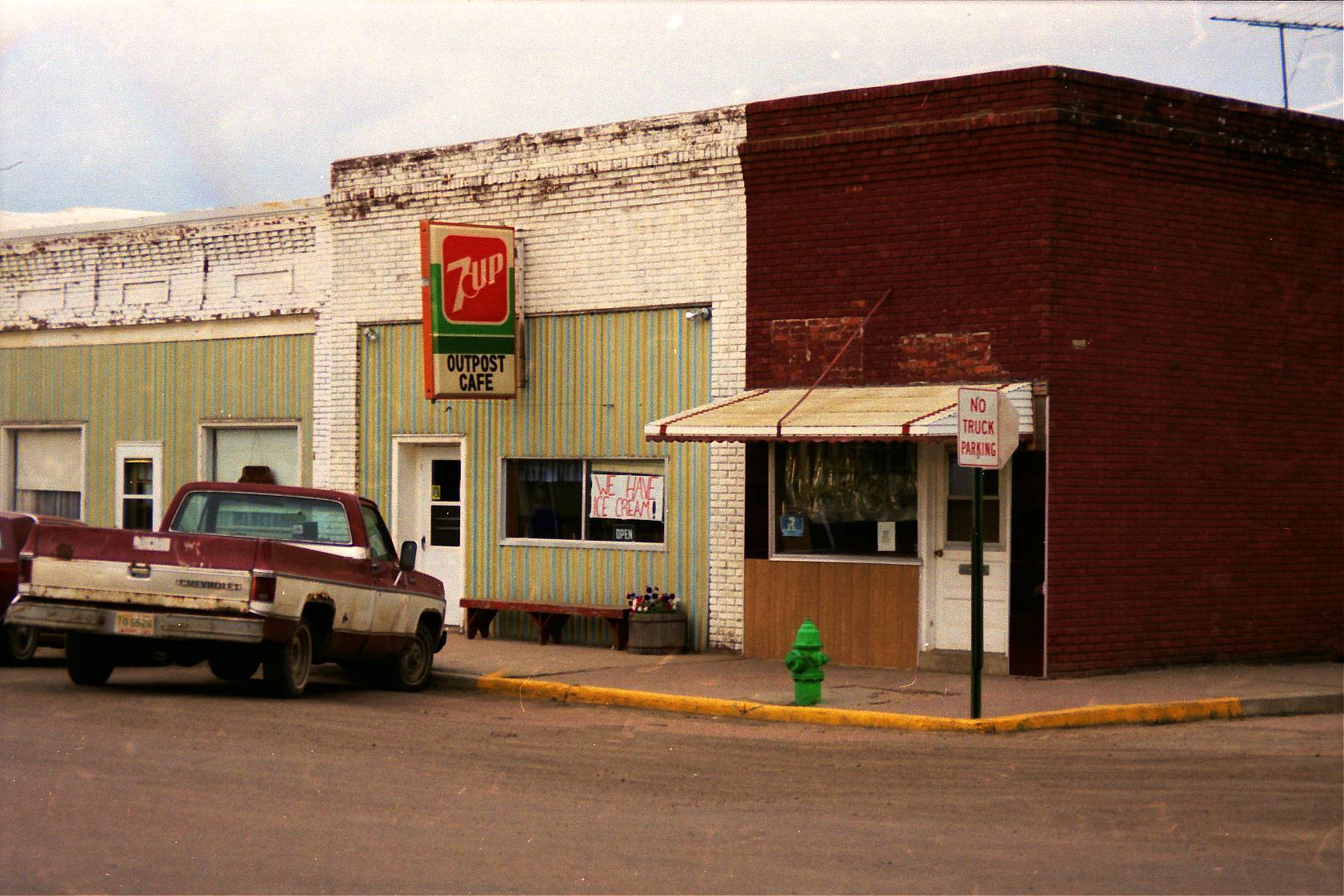