A month ago, I set out on a one-week cruise of Turkey's southwest coast and the Dodecanese Islands of Greece. It was even better than I'd expected.

I had the good fortune to sail with Untourists Ted and Rose McKenna who were celebrating their 50th wedding anniversary. We were joined by an amiable group of 16 Australians, 2 other Americans, 2 women from Spain, and 1 gentleman from Germany. By the end of the week, we felt like one big family.

The crew was fantastic, especially Chara, our cruise director. She did everything from organize shore excursions to procuring fishing equipment for some Aussies who wanted to try their luck off the boat.  Since our little ship (big yacht) didn't have big ship entertainment options, Chara organized evening activities including a game night, two movie nights, a Greek evening, and even a Turkish belly dancing performance.

We stopped at all scheduled ports, including Rhodes, Symi, Patmos, Kusadasi (Ephesus), Didim, Bodrum, and Fetihye. In addition, we had three opportunities to swim either off the boat or at secluded locations on islands.

Apparently, that section of coastline is known for its calm seas and our trip was no exception. No one had any complaints of seasickness and we didn't have a drop of rain the entire week.

I would do the cruise again in a minute. Unfortunately, Variety Cruises is not offering the itinerary in 2013, so their September sailing is the last one that can be booked at this point.

The picture below is the McKennas at sunset on the final evening of the cruise just before the "captain's dinner", the only evening when we were encouraged to dress up a bit. 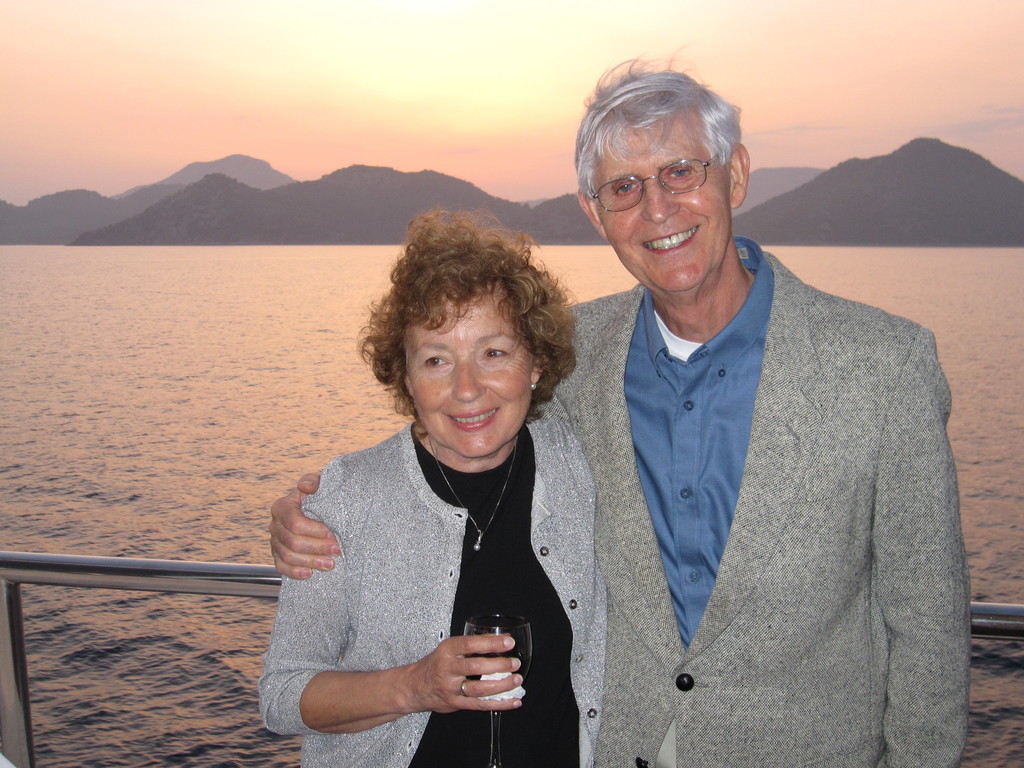