Well after 35 years we were finally able to travel back in time and walk in the foorsteps of our youth. I had posted the 1973 photos prior to our Paris Untour. Today we took a walk down Avenue McMahon and found the Etoile Park Hotel still lives, along with the pedicure shop that was next door to it. Except for some minor changes, the exterior looks the same. The small secondary street in front of it is now a wide sidewalk. The view up towards the Arc de Triomphe is basically the same except for bigger trees and modern cars. After the photography session, we couldn't resist going inside. We went up to the lady at the front desk. Eleanor asked "Parlez-vous Anglais?". She said "Oui." I then pulled out the 1973 photo. She was very surprised and delighted. She noticed the old cars immediately. We then told her our story. She asked to make a copy of the photo. I asked for the email address "so I can email you both the 1973 and 2008 photos." The copy she made at the front desk will go up on the wall in the meantime. Her name is Cathy. There have been some changes in the interior. But Eleanor remembered the location of the toilette. Cathy was kind enough to hold the door for us when we left. As we were leaving I said "We'll see you in 35 years!" She reply "I hope so!" 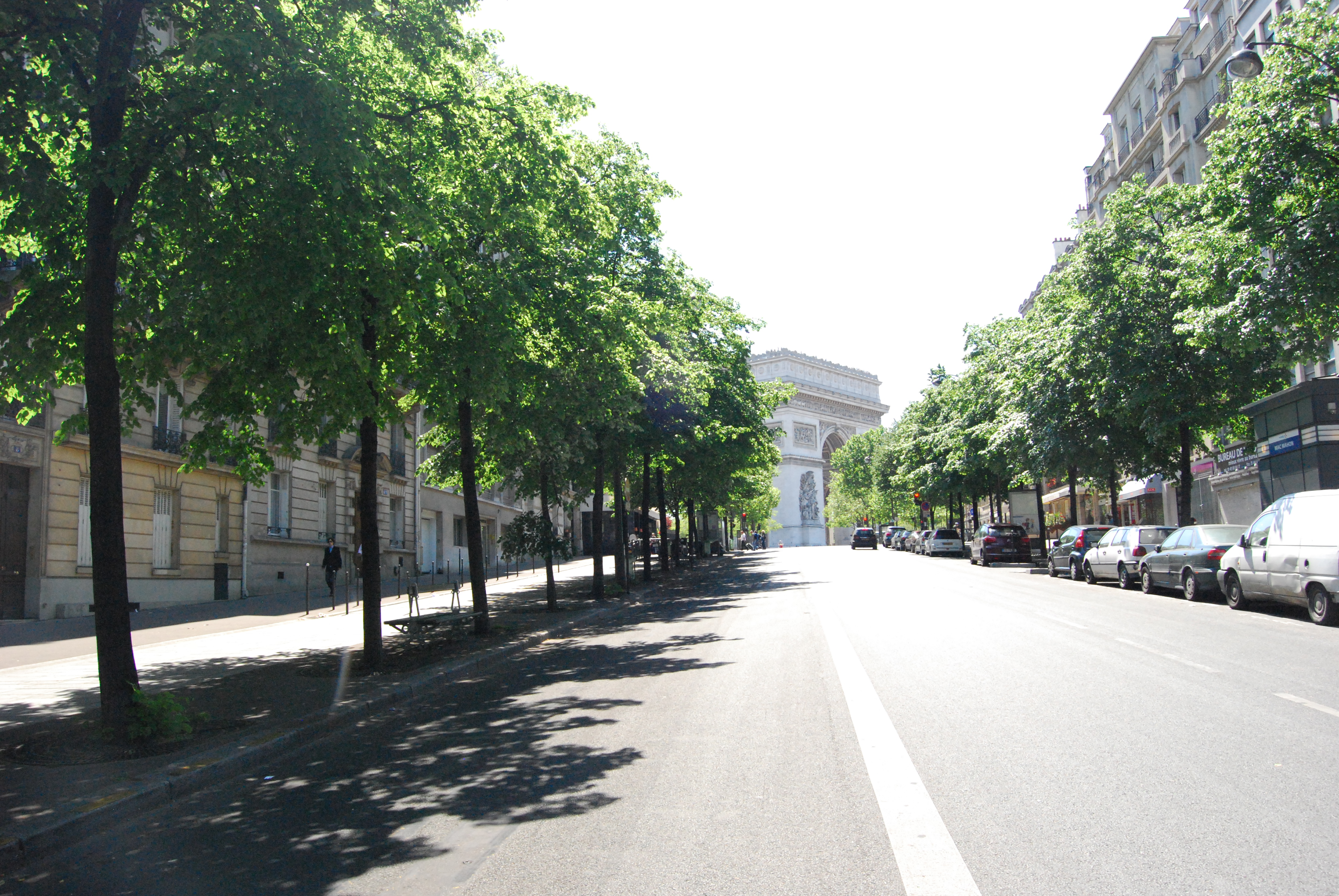 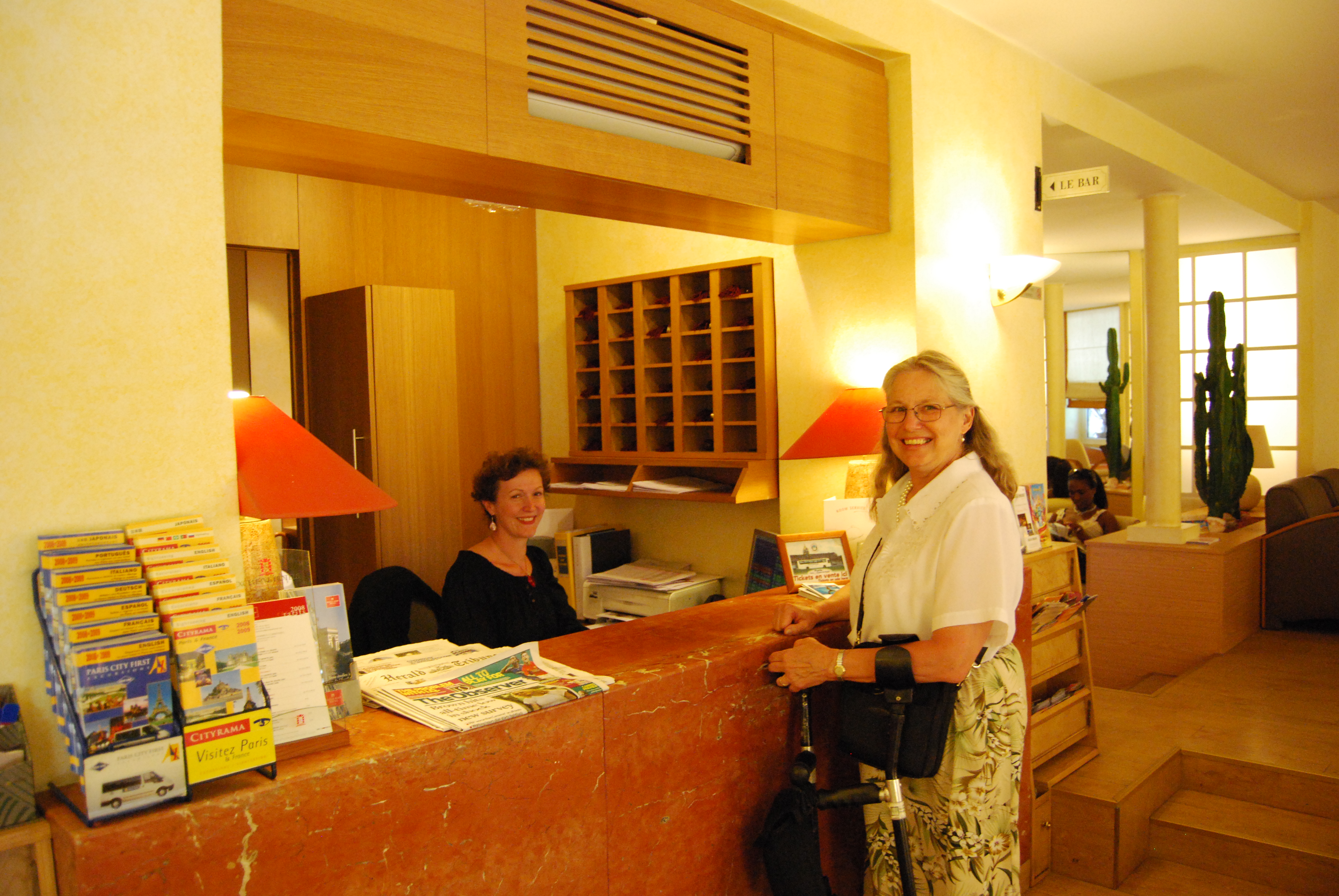 The last time we saw Paris was in 1973. Eleanor was 29 and I was 28. Our hotel, Etoile Park, was on 10 Avenue MacMahon, just down the street from the Arc de Triomphe. I plan to repeat these two photos when we return to Paris in a few weeks....35 years later! That's Eleanor standing in front of the Etoile Park Hotel. 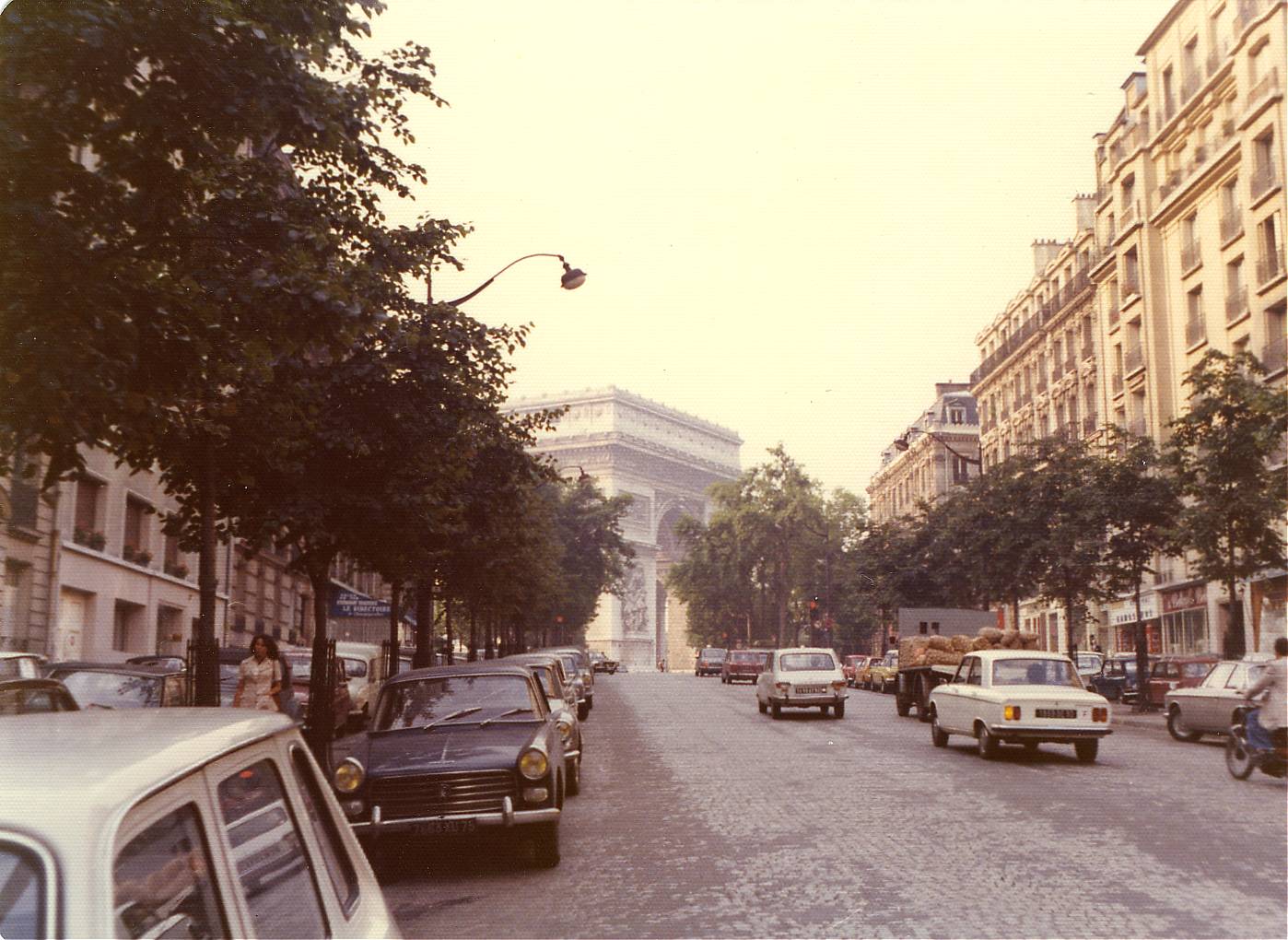 Comment by Marlene Hench on April 7, 2008 at 3:10am
Even though you and El haven't changed one tiny bit since these pictures were taken, I know the cars in your pictures will have changed!! (smile)
Have the most wonderful trip to Paris! Don't forget to have a meal at Au Pied de Cochon Restaurant. It's located by St Eustache Church right near where you are staying. Their French Onion soup is the best. They are very famous for it! ....and don't forget to save room for the Porfiterols too for dessert! They are open 24 hrs a day!!!
Marlene

Comment by Powen Shiah on April 7, 2008 at 12:51pm
I really love these pictures, I keep coming back to this page to look at them.