Our reunion with Houcine. 2010 Paris Untour

Our reunion with Houcine.  2010 Paris Untour

One of the perks of traveling that we enjoy very much is making new friends. This took place during our 2010 Paris Untour.


"Our reunion with Houcine at Le Palais du Fruit, rue Montorgueil, Paris, France.
24 Avril 2010. Our gifts to him were photos we took during our last visit in 2008. Houcine would…

My wife and I spent three weeks at La Canonica in Torrenieri on a wonderful hilltop farm surrounded by vineyards and olive trees. We used our apartment Cipresso as our Command Central returning each evening after a day of wine tasting and great restaurants. I can prove the restaurants were great by the 8.5 pounds and 2 inches on my waistline I gained.

Here is this week's installment of Monday Memories on our blog: Lost and Found in Andalusia.

Untourist Laura Morris shares the time she got lost (and found!) in Andalusia this past spring. 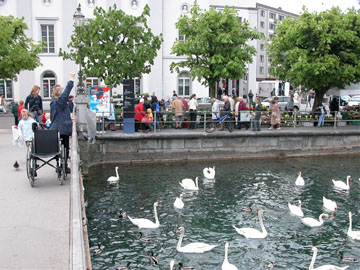 The pedestrian bridge over the Reuss River in Luzern.  This is a favorite spot for the swans to gather for handouts from the tourists.  Back in 2002 Eleanor was standing at…

We were picked up at 7:30 by our driver and Mary--she arrived promptly at 7:15 to pick up the phone.  We had used it a few times for reservations etc, and tour bookings so it did come in handy.  Thanks, Untours!  We got to the Rome airport in plenty of time and managed to check in with Alitalia.  Somehow in the online process we had lost our seats that had been booked, but still got seats together in the middle of the plane, so no problem.  We were about half and hour late leaving Rome,…

And so today is our final day here in Roma.  We've had a wonderful time here, even better than expected.  Having one glitch doing web check in with Alitalia, but we will just have to work that out at the airport tomorrow.

Today we were picked up by a van from Greenline Tours. (I booked this tour online through Viatour, mainly because they did the Villa d' Este and Hadrian's Villa on Tuesday and it ws a half day thing--still have to pack up!)  So were were driven to a location where we… 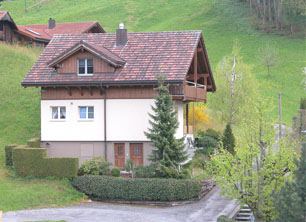 Monday, April 12, 2004.  After walking the Valley of the Waterfalls on Easter Sunday, we decided that this was to be…

If you travel (don't we all?) and shop (likewise!), you need my new app "PricePer," which does conversions such "what's $3.50/gallon in €/liter?" or "what's 100¥/cm in $/yard?"  PricePer provides up-to-date exchange rates for about 60 currencies in about 75 countries, plus British/American and metric units.  It's available for the iPhone, iPod Touch and iPad from the Apple iTunes App store, and it works with iOS versions 5, 6 and now 7.  PricePer was developed by Jay Anderson, a regular…

Today we started out with a small pastry and coffee, knowing we were walking to Repubblica in search of porchetta.  We had read the best in Rome was Er Buchetto on Via del Viminale 2F.  We found it with no problem, and it was divine.  Crispy skin, herb scented melt in your mouth pork, a chewy roll, it was divine.  1 E wine from a tap on the wall, it was a lunch for two for 9E, and the shop owner was so nice.  We signed his album, and looked at pork picture…

In case you're keeping track, here is our second installment of Monday Memories from an Untourist. And we'll have another one next week.

Vickie and George share a bit about the apartment owners—who have since become dear friends—that made their first Untour unforgettable.…

This was a day for further exploration as we begin to find ourselves more at home with the bus system and to realize where we are in the scheme of things that is Rome.  We decided to go to the Pantheon early.  What an incredibly stunning structure, both inside and out.  We had recently watched some TV about the construction so were able to appreciate it even more. It is sooo beautiful, and since it had rained earlier, we saw water pooled on the floor from where it ran into the oculus.…
Continue

Today we walked 900 miles...at least it seemed like it.  Those Roman cobblestones will make a believer out of whatever shoes you bring here...and you better bring good ones!

Actually we walked from here to the Colosseum and Forum area, taking pictures all the way.  We didn't intend to walk that far, but bus service on Sunday is scanty, and we kept thinking, well, if we walk a little more, we might find a bus headed in the right directions...

We never found the bus but before we…

Today we had thunderstorms early so we stayed in for a bit and had a good breakfast.  Then we decided we would go to the Protestant cemetery in Rome, and the pyramid, as well as Eatily, the food store started by an Italian group along with Mario Batali and Lidia Bastenevich.  We love to cook and investigate markets, so it seemed like a good combination.  We caught the bus with no effort, and made it to the cemetery in very little time...what a beautiful, peaceful place it was.  \its the…

Today is the day for orientation meeting with Mary and the other Untourists here in Rome.  I think Mary said yesterday there were 14 of us, what a crew!  But our instructions are practically step by step, which actually is helpful here, its busy and confusing...  We met at the Chiostro de Bramante, near Piazza Navona.  In fact, Rhea and I went early to make sure we could handle the buses, etc, so we got a couple of machiatti, a croissant, and sat in a nice cafe, then strolled the beautiful…

Swiss Heartland - A lunch to remember

A lunch to remember 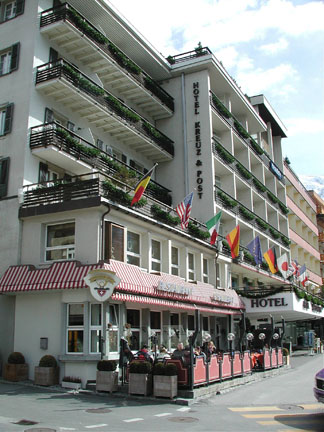 It was our very first Untour to the Swiss Heartland.  Our chalet was located in Sachseln.  We chose to take the train to Grindelwald…

We were picked up early by our driver for our journey to Naples to catch the Eurostar.  Oddly enough, with all our traveling around Italy, we had never taken a train!  But what a great ride this turned out to be.  We had first class tickets on the Eurostar!  At times we figured we were going close to 200mph.  But the ride was so smooth and pleasant.  Attendants came through to punch the ticket and also to offer drinks like juice, coke, or champagne!  I-m sure there was a charge for that!,…

Today was an early day--we met our Pompeii guide at Amalfi main bus stop at 8AM.  Rosa had recommended this company -Sunland.it--and it worked beautifully.  We took the Pompeii express tour.  Alessandra, our guide, was perfectly organized, very informative, and fun.  We had headsets furnished by the company for the 2.5 hour tour, and it was about the most any of us could take as it was very hot, dry, and dusty.  We visited a cameo factory at the beginning, right at the entrance to Pompeii,…