OK, todays piece of stupidity. Some clown from Major League Eaters was down in Louisana and managed to get 21 pounds of grits eaten in 10 minutes. He said that the feat tested his stomach capacity. DUH! He won 4000$. The second place man got 20 pounds down, and the third place contestant ate 19 pounds (he also has the honor of getting 66 hot dogs down in 12 minutes in another earlier contest; obviously a talented guy.

This came from an AP newswire, and they have the unmitigated gall… Continue

After reading Hal's treatise on the alps, I thought about what Geri told me about them. Geri is Geri Britschgi, a Swiss man that I meet with frequently to exchange ideas in English and German. Geri is, at the moment, climbing in the Himalayas.
He says that I am the only person who he has heard ask the question, "Who owns the alps?".

It happens that there are two answers to this. A few are privately owned through generations of inheritance from times when one could buy this land.… Continue

I have added a few Swiss headlines that I find interesting/amusing.

A guy arrested for speeding (106 mph in a 75mph zone) gave the judge an excuse that he had severe diarrhea and needed a toilet in a hurry. The judge was not impressed and gave him 20 days in jail, a 1000CHF fine, and 3 months without his license.

A lawyer in Zurich left the lights on in a public building for five days over a vacation period. The court fined him 300CHF because the light disturbed the… Continue 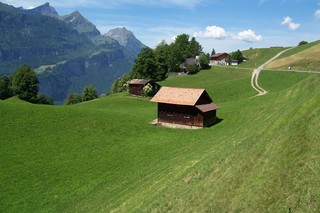 We've done many Untours, but it's Switzerland that keeps calling us back. Two years ago, we returned for our fourth visit and this time chose to stay on Lake Thun rather than high in the mountains as we usually do. We stayed at a beautiful chalet in Hilterfingen just a few short blocks up from the Thunersee. 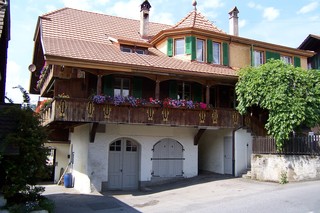 The festivities have started in Munich (Bavaria, Germany). The first keg of beer was tapped and the festival began. It runs for two weeks ending in October. To celebrate the event, I have posted pictures from our trip to the Oktoberfest in 2006. You can view them as an album with descriptions from my home page. Hope you…

Since the last "Best Of" ( more than a week ago) here are just a sampling of the many noteworthy contributions:

Photos to Die for 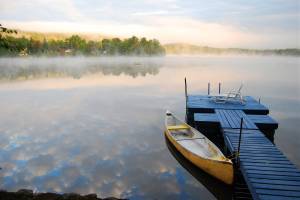 This is a shot Bill Kover made in Quebec.....(several of our staff stood around and gawked at the monitor displaying this....and someone said, "is that a photo or a painting!?") Here's his blog about…

Usually I think "modern" art is sort of flaky but...

I am having a brainstorm that involves Untours, videos and a modern work of art....hang on to your hats - this is going to be a wierd post....

As part of the Untours marketing team, I am doing some research into how people are using video on the web to tell travel stories.

I am doing this because I have a passionate belief in the Untour way of traveling, but I think it is very hard to communicate what an Untour is. I truly believe (and I think I would even if my Dad HADN'T… Continue

Eleanor's cousin Maurice Vaskelis, and his wife Diane, drove up from Montreal for lunch. Just before they arrived I studied Richard's latest still life with some classical music playing in the background.

Maurice discussed his genealogical trip to Lithuania. His attempts to find information on their ancestors were unsuccessful. But he had some possible new leads from the locals. A…

After unpacking, we took a nap. Danielle made her way down the the lakeside dock and snoozed in the bright sun. Refreshed, Eleanor chose the deck to do some reading. Richard showed up with a drink for Danielle, and then joined Eleanor for some relaxing conversation. Meanwhile, as the sun settled low on the horizon, I scooted around for any potential… 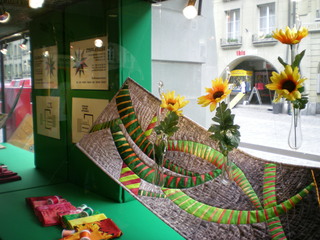 It is always fun when you are traveling to visit local quilt shops or sewing centers. A few years ago I discovered this wonderful quilt shop in Bern. They were closed twice, but I hit the jackpot this year. Now this is not your ordinary "walk-in" shop. Being located in Bern, it is a "walk-down" shop. The shop is located on the main street under the arcade corridor known as a "rohr" I understand that strolling through the town is to go "rohren"…

AN UNTOUR IS MORE THAN A TRIP

Our Untour this year was another wonderful trip;but it was more--
We saw favorite old places..........
HERE IS AN OLD FAVORITE 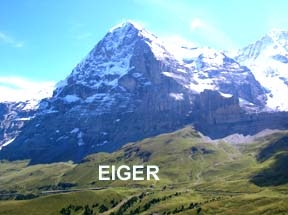 .
and visited some new ones . 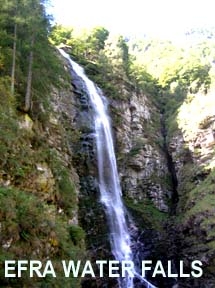 EFRA WATERFALL IN TICINO
After our two week term in the Hasliberg this year, we took our backpacks for three nights to Locarno (our first time in Ticino) and… Continue

Episode (1) Through the eyes of an artist

Almost on an annual basis in September, Eleanor and I motor on up to Montreal, or for the past 10 years, the area in Quebec called Mont Tremblant. The purpose is to visit with Eleanor's cousin Richard Vaskelis and his girlfriend, Danielle Ste-Marie. In Mont Tremblant, we have the added benefit of a wilderness countyside to explore as well as some nice little towns, like nearby St. Jovite. Tremblant Village is an expensive shopping and…

Interaction with a waitress at a French restaurant.

The menu was in French and English.

Off to Nafplio in November

As I was trawling around on the internet yesterday, I ran across an article that reminded me of something I'd read here on the Untours Cafe. Hal had written the post "Clotheslines, Kovers, and ties that bind" about El & Bill Cover's visit to Media for the filming of the episode about Hal on Today Show.

For the Frugal Traveler

I came across a great article yesterday about ways to save money while traveling. Here are the condensed highlights; click to the full article on Freemoneyfinance.
Continue

If reed (parlor or pump) organs don't interest you, you can stop reading now. But if they do, or you enjoy finding the biggest or best of anything, read on. We stumbled upon a wonferful bed and breakfast in Truro, Nova Scotia. The warm welcome, the comfortable rooms, the lovely garden and sun room along with a gourmet breakfast are enough to draw one, but the special attraction is the collection of reed organs the owner has assembled. There are over 100 of them, all in working order (except…

I've been vacationing at a cottage my great-grandfather built in Eagles Mere, PA, since my first summer on the planet. I have a lifetime of treasured memories from my time there, the most significant of which is my wedding five summers ago, which took place in a gazebo in the town green and was officiated by the mayor of Eagles Mere. My upcoming trip to Andalusia with my wife is in celebration of our fifth anniversary of that day.

A few weeks ago, I was at the cottage again with my…

This time of year in CH, Austria, and probably Germany too, it is
Zwetchgen time. Zwetchgen (SVETS gen) are plums that are dark blue and
shaped like small eggs. They have a pit, but it pops out easily.

Zwetchgens are used in all sorts of jams, chutneys, cakes, pies, Schnapps, and even ice cream. I like them just plain. Years ago, I had a… Continue


This was our sixth trip to Switzerland with our first trip ten years ago. We have taken Untours to other countries as well, but always come back to Switzerland. This time we had the normal two week
Heartland Untour followed by a week on our own.