Part (2) The Paris Bus system - using the route finder. Another useful site in understanding the Paris bus system is:
http://www.ratp.info/touristes/index.php?rub=reperer&cat=itineraires&page=itineraires&langue=en

In this example (page 1), I entered the location or Metro stop nearest to us (the site…
Continue

The last time we were in Paris (2008 Paris Untour), the multitude of stairs in the Metro eventually resulted in a stress fracture in Eleanor's good leg. So I had to figure out the Paris bus system prior to our 2010 Paris Untour. The bus map is a bit confusing to me. So I went online to the following site (see map 1). We were close to the Bastille. So I concentrated on all bus routes that passed through or near the Bastille. You can enlarge the map with a slider bar in the online version. I… Continue

The life of a croissant

The life of a croissant: 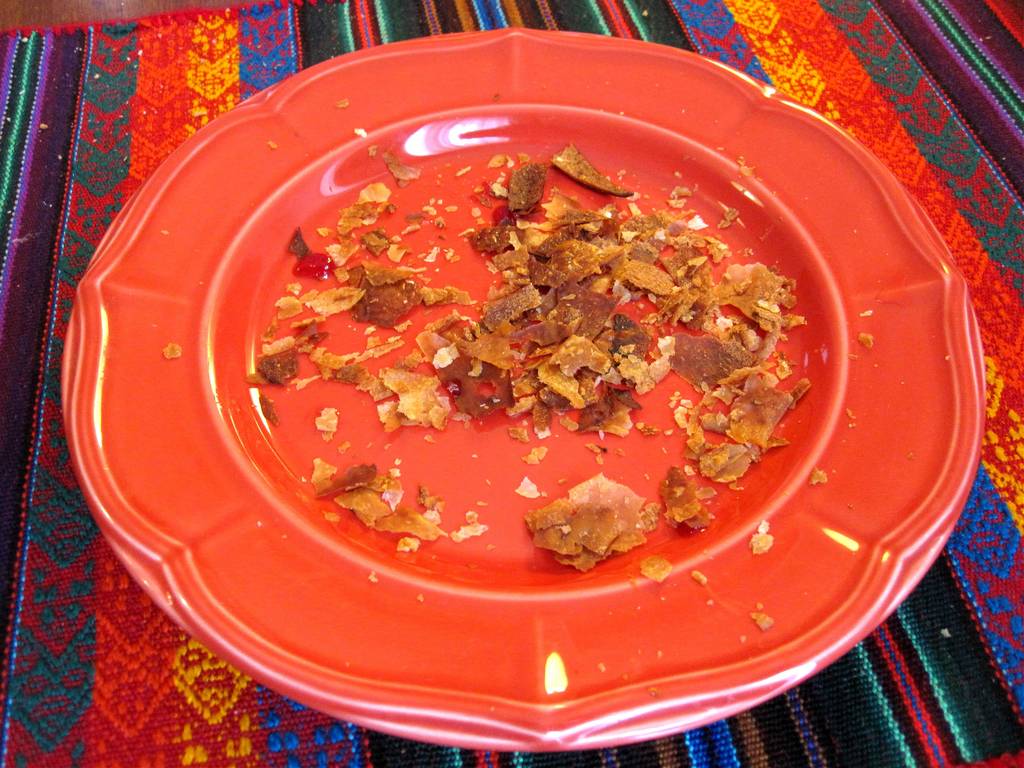 Versailles. Take a royal trip back in time.

This morning I was going through the Sunday Star Ledger travel sections that were delivered during our Paris Untour. The one dated May 9th had an article titled "Take a royal trip back in time." It is a very interesting article about a behind the scenes tour of Versailles. We spent two days there May 5 - 6, 2010. I thought it would interest travelers who are planning an upcoming Paris Untour.…

Instant friends at Place du Marche Ste Catherine. Picture this: You are sitting shoulder to shoulder at tiny tables in front of a restaurant called Bistrot de la Place. You check out your neighbor's food. They check out yours. Some kind of Parisian magic takes over. Suddenly lunch turns into a 4 hour event. Next thing you know those strangers sitting next to you are your best friends. Lunch is on a first name basis now, Lori and John,…
Continue

Answer to "We found it!"

This was the model that was carted around France to raise money for the final version that would be placed in the Harbor of New York City. A bronze plaque near the base of the statue refers to an American oak planted nearby on January 30, 2002 in dedication to the memory of the victims of September 11, 2001.… 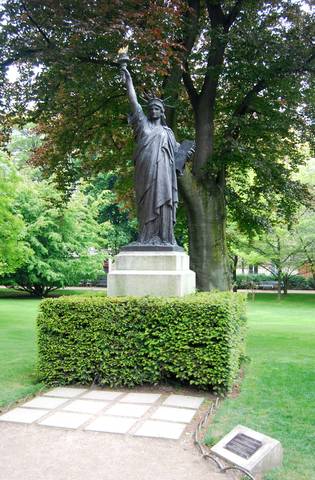 We found it! In all my research for our 2008 and 2010 Paris Untours, I never saw, read or heard of it. Rick Steves doesn't even mention it. During a breakfast meeting with our friends, Larry and Claudia, one of the sights mentioned was IT. Larry pointed out the location on my map. It's located in a secluded section of Jardin du Luxembourg. So last week while touring Jardin du Luxembourg, we went looking....and couldn't find it. We were ready to leave. Finally I told Eleanor to sit on a bench… Continue

On our last Paris Untour in 2008, our friends, Larry and Claudia, took us to Robert et Louise, rue Vieille du Temple, in the Marais. They also told about a big fat cat that roams the area behind the restaurant. But it was nowhere to be seen that day. We enjoyed the restaurant so much that it was on our list of places to revisit during our current 2010 Paris Untour. However, Robert et Louise is only open Thursday through Sunday for lunch. So it wasn't until today…
Continue

The last hole in my belt

According to my pedometer, I walked 8.24 miles today, despite using the buses as much as possible. Eleanor set a new record also, 4.51 miles. Am I actually losing weight? It is not possible to tighten my belt any further. I've run out of holes. My pants may start falling down if I don't start packing in more calories. I stopped at the Boulangerie, and purchased two desserts each for tonight, both with whipped cream. Maybe I should have picked up some ice cream too.

Now I know why the… Continue

The Land of Never Never

Today we visited the Land of Never Never. There is something about the slow, smooth movement of a ship sliding down a river called the Seine accompanied by music that brings tears to your eyes. These are moments that only happen in movies. You never think that they can happen in real life. That's the Land of Never Never. You never think that Cary Grant and Audrey Hepburn could be sitting at the table next to you. Well, it felt like that. Today we took a Bateaux Parisien lunch cruise on the… Continue

A humorous incident occurred last week while visiting Chateau Versailles. We were on the second floor amongst the thundering herd of tour groups. We decided to rest on a nearby bench to decide whether to jump into the slowly moving crowd or go outside to tour the gardens. Eleanor spotted a group of four people, an elderly couple and a younger man and women. They were taking photos of each other. Eleanor suggested that I offer to take a photo of the whole group together. The group consisted of a… Continue

This morning I went out for croissants and Chausson au Pomme. But our Boulangerie around the corner is closed on Tuesday. So I went down to rue St. Antoine and found another Boulangerie that was open. That's when I knew we had found the "Mother Lode." The difference in quality is dramatic. There is no comparison. Our Boulangerie around the corner is over the top in quality. I didn't realize how spoiled we have been. Often the pastries and baguettes are still warm as I carry them back to the… Continue

The word is "Désolé"

Tourists can be very rude. That includes me. The other day we were at the Louvre. I was doing my photography thing. I spotted a set of stairs that I could use to get a better view point above the crowd. A lady sitting next to the stairs said "non!" along with some other French words. Embarrassed, I scooted away. Eleanor said "You should apologize. The lady has a big frown on her face." So I went back to the lady and said "Désolé Madame." The frown turned into a smile as she nodded. So if you… Continue

A Commotion of Emotions at the Louvre

During our 2008 Paris Untour we had lunch on the balcony of Cafe Mollien at the Louvre. The Maitre'd, Alain, allowed us to move to the edge of the balcony for a better view of the Pyramid. During our meal, Eleanor asked him for his autograph and permission to take a photograph. We are currently on our 2010 Paris Untour. I printed a number of photos taken of Parisian friends during our 2008 visit to Paris to give as gifts of fine memories. Yesterday we visited the Louvre. The cool weather did… Continue

After a full day at sightseeing at Chateau Versailles and Gardens, we checked into our room at the Royal Hotel. Once settled, we walked over to Cafe Lazare on rue de Satory in the city of Versailles. it was supposed to be a simple dinner. We were the first customers at 7:00pm. It was still early for dinner by French standards. Our waitress brought us a French menu and an English menu. We told her that we want to try ordering from the French menu. She seemed pleased. She had a big smile when we… Continue

The Boulangerie around the corner

Our favorite boulangerie is around the corner two blocks from our apartment. The lady behind the counter speaks very fast, probably to speed service of the line of customers that stretch out the door sometimes. She is very stern, but polite. Today I was alone in the shop. Speaking in French, I greeted her and asked for two croissants and two apple turnovers (I don't remember the French name. It doesn't look like a turnover, but tastes like it). My pronunciation was correct because she repeated… Continue

Last Tuesday, May 4, 2010, we had planned to have lunch at Robert et Louise in the Marais after visiting the Musee Carnavalet. But the restaurant was closed. So we tried Le Petit Fer a Cheval, also closed. We finally settled on the Frog & Rosbif Pub. We hadn't had a beer or hamburger in a long time. I ordered the Classic burger, while Eleanor chose the Crispy Chicken Burger. The following video was recorded at the start of our meal. Later we visited Dehillerin, the kitchen utensil store… Continue

Don't go into the kitchen!

I posted the story previously, and promised to post the video. Well, I forgot. I was ready to hit the sack because we are off early tomorrow. But Eleanor threatened to keep me up all night if I didn't finally post that video. So here it is.
The video might still being processed. So…
Continue