As of 1 May, there is a website created by the Swiss called www.skincheck.ch

It is in German, French, and Italian as are most things here. What it does do is allow one to make a digital photo of any and all skin lesions, moles, etc. Then you fill out a form in one of the languages and send it to the site. A certified dermatologist will check it and get back to you. If it is suspicious, it is up to you to get to a doctor.

This is a part of "Skin Cancer Awareness" here in… Continue

US Cemetery, Florence and tour of Chianti

Our Florentine friend and Untours Rep, the wonderful Mary Jane Poole, arranged for Oreste to arrive at our apartment in his comfortable four door MBZ for a trip to the cemetery, tour of the Chianti Region, lunch, and return. The cemetery is important to us for a variety of reasons: we appreciate the service and sacrifice exemplified and my husband served in the Tenth Mountain Division for about a year at the beginning of WWII before he went to flight school. He did not see combat with the 10th… Continue

Introduction
We were four couples from Boulder, CO going on the North Tuscany program October 10-24, 2007, staying at the Villa Rosselmini in Calci, outside of Pisa. We began our trip with three nights on our own in Venice, one night in Bolzano in the Dolomites, and one night in Bellagio in the Lake District. After the Untours program, we and one of the other couples spent a night on our own in Florence.

GENERAL TRIP PREPARATION:
If you’re in a group traveling together for… Continue

Only six months to go

Before I know it I'll be in Venice. I'm looking forward to getting lost daily for the two weeks I'm there. I just checked the website for La Fenice (after seeing a live telecast from the Metropolitan Opera in NYC this morning) and discovered they are doing Verdi's "Nabucco" while I am there. Hope I can score a ticket. Funny, my friend even mentioned that particular opera this morning.
It seems like I've been planning this trip forever but it really has been only two years in the making. I… Continue

Comments primarily about the Untours portion of our trip. Included some internet links I found useful. Alsace is a land of terraced vineyards, hilltop castles, refreshing wines, mouthwatering cuisine, charming villages and even more charming people!

After a wonderful experience with our first Untour (Alsace region in France, Spring 2005), we chose Tuscany South for our next adventure. We booked our own travel using AA frequent flyer miles opting for an extended trip. Our first destination was arranged with TheRightVacationRental, an associated Untours company.

In preparation for our Paris Untour, I taped a 3 hr BBC program called "The Impressionists" last year on our local PBS station. Last night we watched it for probably the fourth time. I took an Art History course in college. But over the years my knowledge has faded of the artists who produced the masterpieces now in major museums. This PBS film is a true story based on the writings of Claude Monet. It is beautifully done. The photography is stunning. I drool at the thought of… Continue

The vacation memory banks in my brain seemed to have been opened up by our preparations for our Paris Untour. Another memory came to mind this afternoon while resting in my easy chair after lunch. It was the mid 1970's. We were on vacation, making our way through all the New England historic sites in preparation for the Bicentennial. After a full day of Freedom Trail walking in Boston, we were absolutely famished. Reservations had already been made at a well known restaurant down by the Boston… Continue

Getting pinched in Rome, and more 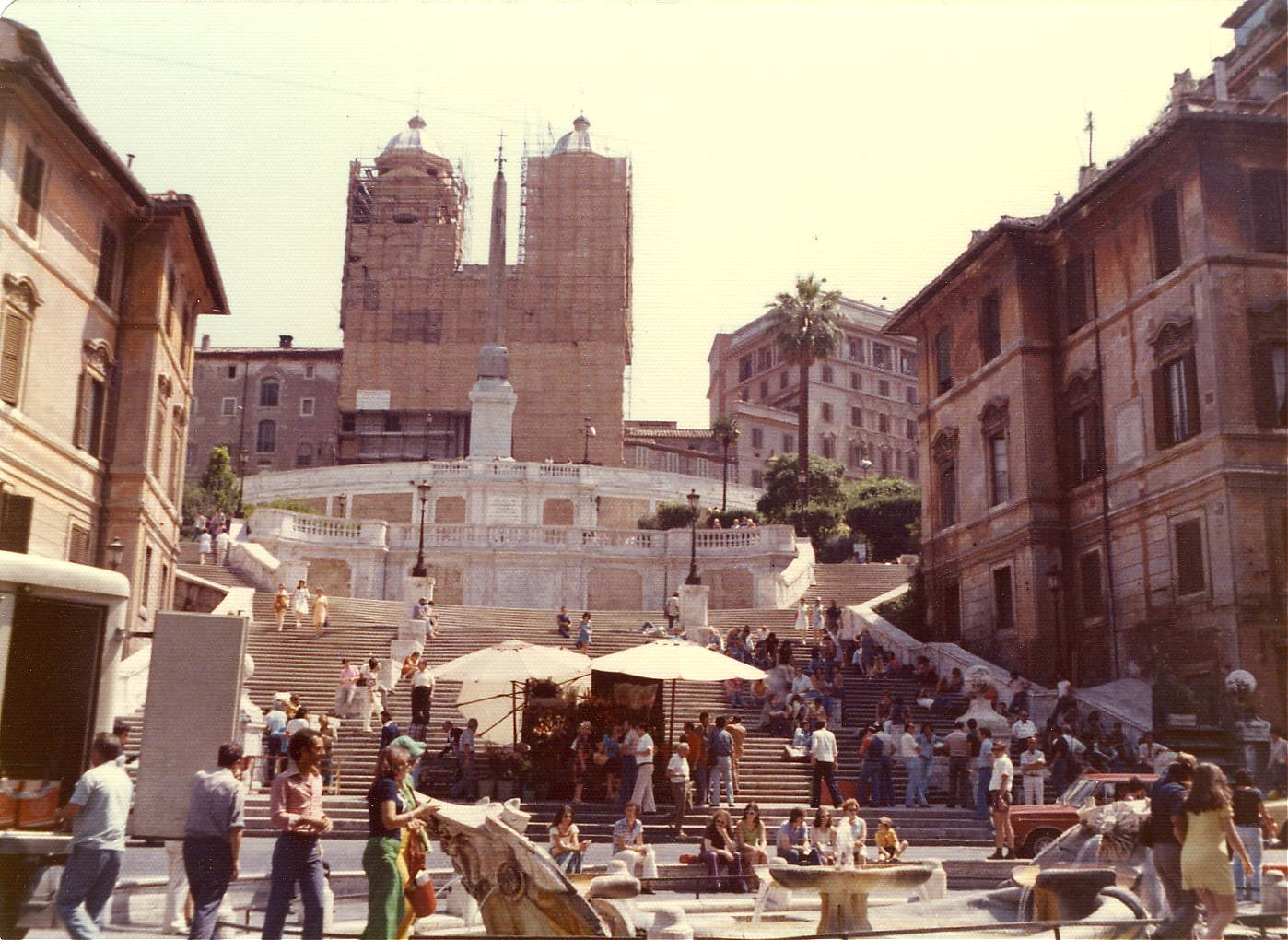 Looking at some of Marlene Hench's photos of Rome brought back some more memories from our one and only visit there in 1973. While strolling at the base of the Spanish Steps, Eleanor was pinched by a guy riding by on a scooter. Although we had heard about this "custom", it still surprised Eleanor when it happened. Does that still happen in Rome?

Another incident occurred at the St. Peter's in Chains Church. While Eleanor was sitting on the… Continue

Our Untours trip to Greece was our first (first Greece, first Untours) – and after our experience there, it certainly won’t be our last. When we told people we were going to be staying in a town called Nafplio, we were often asked why we chose that town. We too wondered why Untours chose Nafplio, out of all the beautiful places in Greece. Having heard such positive things from other Untours travelers about their trips in Europe, we… Continue

Are we ready for Paris?

Now that it is getting close to our Paris Untour I keep wondering....are we ready? We've been preparing for a year and a half. I've made lists of things to pack. I've read the camera manuals several times, sometimes discovering some new camera feature I didn't notice before. I can speak a number of French phrases now. I recognize French words now that were a mystery in my previous life. My maps have orange highlighter spots all over. My travel books have tabs sticking out all over. Our kitchen… Continue 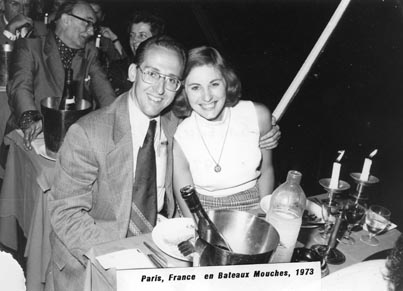 We used Frommer's "Europe On 5 And 10 Dollars A Day" to prepare for our very first trip to Europe in 1973. We signed up for a 15 day "Freelance" Tour covering the cities of London, Vienna, Rome and Paris. The tour company arranged flights, hotel and offered optional bus tours. Other than that, you were on your own to explore. We avoided the bus tours. At Speakers Corner in London, we listened among a small group of spectators. We marveled at London… Continue

Well after 35 years we were finally able to travel back in time and walk in the foorsteps of our youth. I had posted the 1973 photos prior to our Paris Untour. Today we took a walk down Avenue McMahon and found the Etoile Park Hotel still lives, along with the pedicure shop that was next door to it. Except for some minor changes, the exterior looks the same. The small secondary street in front of it is now a wide sidewalk. The view up towards the Arc de Triomphe is basically the same except for… Continue

I'm planning to bring three cameras with me on our upcoming trip to Paris: two digital cameras and a camcorder. In addition I will also have a battery charger and portable storage device. All of these come with dedicated electrical cords (A/C adapter, camera to computer connection,etc.). With a multitude of electrical cords in my camera case, things can get a little confusing. Using the wrong A/C adapter cord with the wrong equipment could result in disaster. I used to put a label on each… Continue