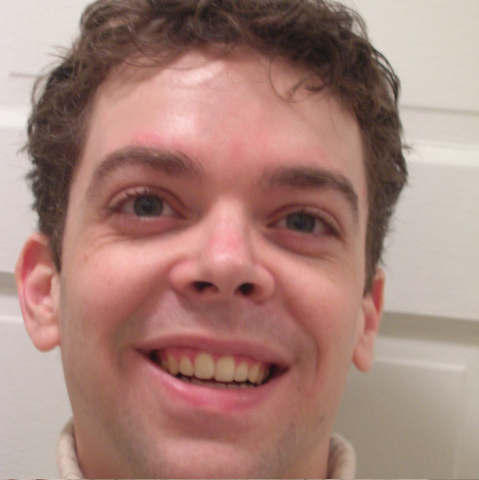 What is your favorite place in Europe so far?
To visit: Ronda; to stay: the Subbetica region

Where would you most like to go next?
All the stories and pictures from the Switzerland Untours are convincing me that we HAVE to go, which surprises me because I'd never thought of it as one of those places to experience before I die.

Tell us about one of your favorite places to stay on an Untour. Do you have a favorite host? Apartment? Village?
We stayed at Las Sirijuelas during our Sept/Oct 2007 Andalusia Untour. You can see the spectacular views we had in my photo album. The house was cozy, the pool refreshing, and the night sky glistening with stars. We had the most charming pair of domesticated boars as co-residents--we miss them! We also miss Vanesa, who served us several breakfasts at our favorite bar-cafe in Carcabuey, and who was adamant that we return for churro day. Most of all, we miss our hosts, Dolores and Manuel, who treated us so well, bringing us homemade food items from homegrown ingredients and taking us to their flamenco club to see people who perform for the love of the art.

Do you have any special interests or hobbies that you follow when you travel?
I was never much of a traveler before I married Liss. I tend to enjoy the quirks of the culture and the environment more than the grand-scale attractions. I'm looking forward more to finding spontaneous flamenco in a small bar in Sevilla and visiting the donkey sanctuary in Rute than I am to visiting the Alhambra!

Which Untours have you already done?
Andalusia, Sept/Oct 2007

What advice would you give others considering an Untour?
Price it out compared to what you'd spend doing it on your own. You'll be surprised!

What is your favorite Untour? (so far)
Andalusia, of course!

I've been vacationing at a cottage my great-grandfather built in Eagles Mere, PA, since my first summer on the planet. I have a lifetime of treasured memories from my time there, the most significant of which is my wedding five summers ago, which took place in a gazebo in the town green and was officiated by the mayor of Eagles Mere. My upcoming trip to Andalusia with my wife is in celebration of our fifth anniversary of that day.

A few weeks ago, I was at the cottage again with my…

Powen Shiah said…
Hi Gabe! Great to see that you joined us here at the Untours Cafe. I hope you and Liss have a great time on the Untour in Andalusia... looking forward to pictures when you get back.

Gabe Small said…
Thanks Powen! I'm so ready to go...

Paul said…
Be sure to let us know how you like Andalusia! My wife and I are in Seattle at the moment and just spoke of Spain while having late lunch at a tapas bar

AndreaSz said…
I love your countdown clock! Have fun in Spain!

Pete and Maggie Haggart said…
Love the clock. We Loved Spain and know that you will have a wonderful time.

Lotta Rao said…
Yes, it was! I look forward to hearing about your trip when you get back.

Wayne said…
Thanks for sharing your trip photo's. It looks like you two had a great time in Spain. Where to next?.... Germany? *nudge nudge* ;0)

Doris M said…
Thanks for the photo comments, Gabe! I especially like the one you made about looking into the future on the hiking shot. I had never looked at the picture like that - and now I always will!! We didn't get to the ruins you mentioned, but that's good because your photos are showing me some places I'd like to visit if we make it back to Andalusia again someday...sounds like you and Liss and family definitely plan to make it back again, right?? I'm sure the trip was very special for Liss since she was returning to some familiar places and memories that now you both can share...

Rachel Meyer said…
Hi Gabe! Thanks a lot for your comment. I hope you enjoyed (are enjoying?) your vacation in Andalusia! And hopefully you and your wife can make it to Barcelona one of these days too!